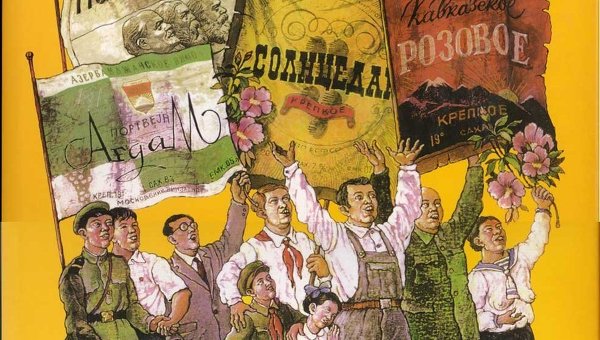 The history of port wine in Russia – mysterious and multivocal as well as Soviet artists, who mentioned this type of alcohol drink in their works quite often. Probably port wine is the only one that is perceived by Russians in extremely polar way. Nostalgia for Soviet port wines confronts contemporary sommeliers and their special attitude to Portugal expensive products. What is the core of the confrontation? Let’s try to find out!

Originally Portuguese, though with German name (Portwein). This is a fortified wine originally produced in the valley of the river Douro. This is the place where Porto, the main Portuguese naval port is situated. Consequently the drink is named after the city. First port wine was produced by fortification of dry wine by brandy. It was done in order to stabilize wine during transportation to England. But since 1820-ies the technology had been altered considerably.  New technology was based on incomplete fermentation of grapes wort in order to preserve in wine some sugar that makes taste very special. But still wine is fortified. 77% grapes spirit is mixed with wort. Thus the fermentation process is stopped. As an outcome we have that sweet alcohol drink well-known around the world.

Let’s sort things out from the start. The stuff sold in Soviet Union shops had nothing in common with real port wine. Of course, production technologies were copied to make high quality alcohol. But we all know that port wine is a regional drink, so everything produced not in the valley of river Douro – is not real port wine.

Port wine became popular in Soviet Union in second half of XXth century. That is why you can hardly meet description of this drink in Russian fiction dated earlier than 1950-ies. But later certain category of non-conformist writers, “alco-writers and deboshires” paid much attention to it.

“Here is censorship and port wine, there is freedom and cognac”, – wrote Sergei Dovlatov, soviet writer, who immigrated from Soviet Union to U.S. in late 1970s.

His wife said, Sergei had two main enemies: died blondes and port wines. And the writer responded that he is just like Jesus Christ who taught us to love our enemies.

In his novel “The Sanctuary” Dovlatov tells how to spend 6 rubles in a proper way. “I’ve got a bottle of port wine and two chocolates. You could repeat that three times. And there were 20 cents left for some cigarettes. I started. Mentioned a positive change – hands stopped trembling. Already good. Port wine spread as good news, brushing the world into the colors of tenderness and indulgence”.

Well-known Moscow artist Sergei Semionov illustrated novel “Moscow – Petushki” by Venedict Yerofeev. He was so much inspired that created a painting named “Mad port wines”. Some people say it gives precise impression about the epoch. 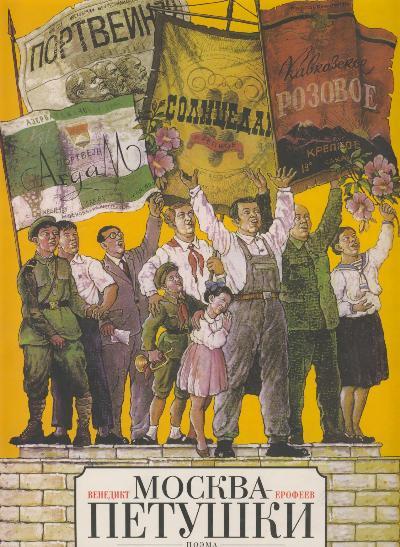 Popular Russian musician Andrei Makarevich, the head of “Time-Machine” music group,  mentioned port wine a lot in his songs and in his book “Amusing narcology”. His words are so sweet: “You should drink port wine with a single sip, do not mention the taste. It pushes your head with warm pillow, your eyesight angle literally decreases, and you feel up to do something kind and stupid. But someone starts disputing who is better, The Beatles or Rolling Stones, and the energy given by port wine goes to this dialog. And inside occurs some type of emptiness, just like someone pulled a flower from a pot together with soil. You have to fulfill it again immediately. And you fill it with anything you have, usually not port wine. Though port wine does not like to be mixed with something else”.

Venedict Yerofeev shares with his readers recipe of an inexpensive cocktail based on port wine: “Madame Klava’s Kiss”. “I’ve got a bottle of “Kubanskaya”* in my suitcase. But I do not have dry grapes wine. That means “First Kiss” is excluded, I can only dream of it”. But I’ve got a bit of “Rossiyskaya”* and “Rose strong”** for 1,37 rubles. All together it gives “Madame Klava’s Kiss”. I agree with you: it has plain taste, it is extremely nauseous, I would prefer to water ficus with it, than to drink it from a bottle. I agree, but what I’ve got to do, if I have no dry wine and even no ficus? I have to drink “Madame Klava’s Kiss”…

To find out more about Russian writer Yerofeev, read my article here. 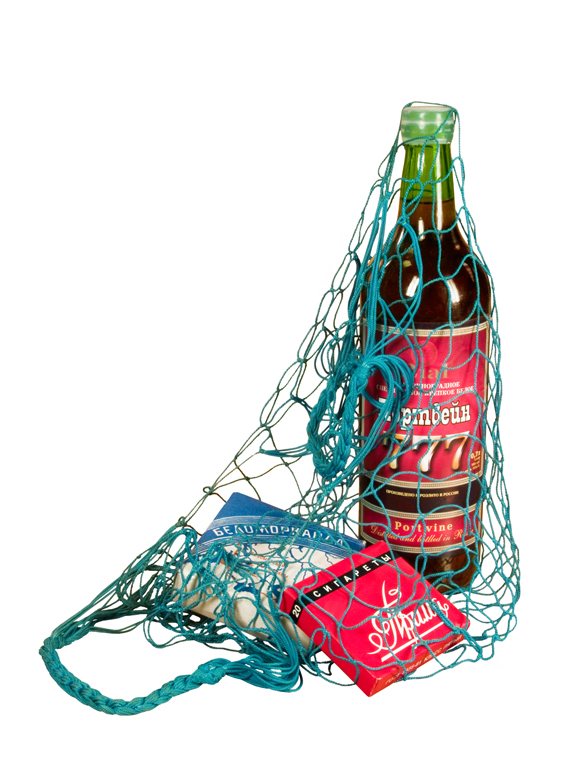 To my mind, the secret of love of Soviet intelligentsia to port wine, even local one, is quite obvious. It is not as strong as vodka or cognac, but not that light as dry wine. And it has a unique tart-sweet taste.

Drinking port wine is a good choice for both: alcoholic and art college student.

You can drink a lot and with pleasure. Motto of DCW Magazine perfectly fits port wine – drink and be happy. Actually happiness does not need any reason, but still there is one. A great number of port wines. Isn’t that great? Numerous classifications by color, matureness, taste. If you want to find out more, just take a look in Internet. Personally I prefer Ruby blended red port wines.

Author. Journalist. Since my middle school times, I had mixed various liquids, poured them from one vessel to another and, holding my breath, waited for what would happen. My natural-scientific curiosity led me to the thorny path of a chemist. However, suddenly it turned out that it was as exciting for me, as the process of creating a text. In addition to the well-known positive aspects for which everyone comes to the bars, I am fascinated by the process of bartenders’ service. No wonder, as they are the same chemists who have beautiful glassware and an ocean of colored liquids at their disposal. It is a real pleasure for me to work with DCW magazine, as I do what I really live to do in my life. 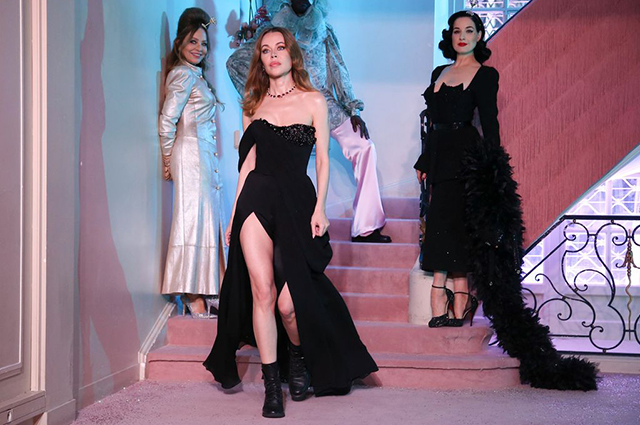 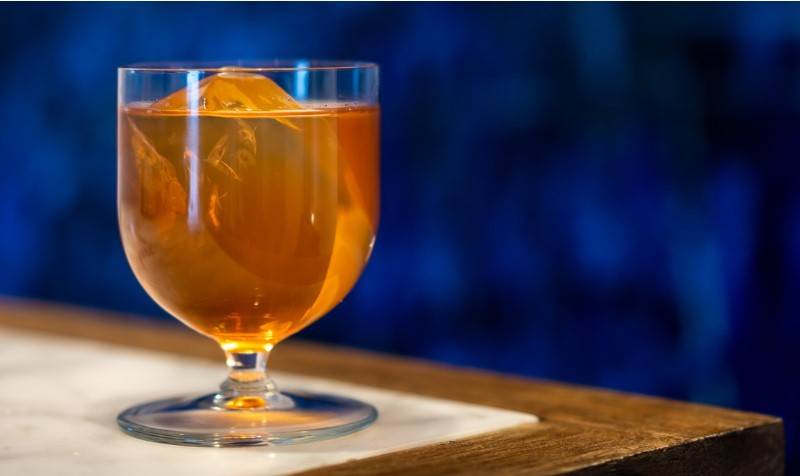 Back to basics with Libbey Glassware. Pros and pros 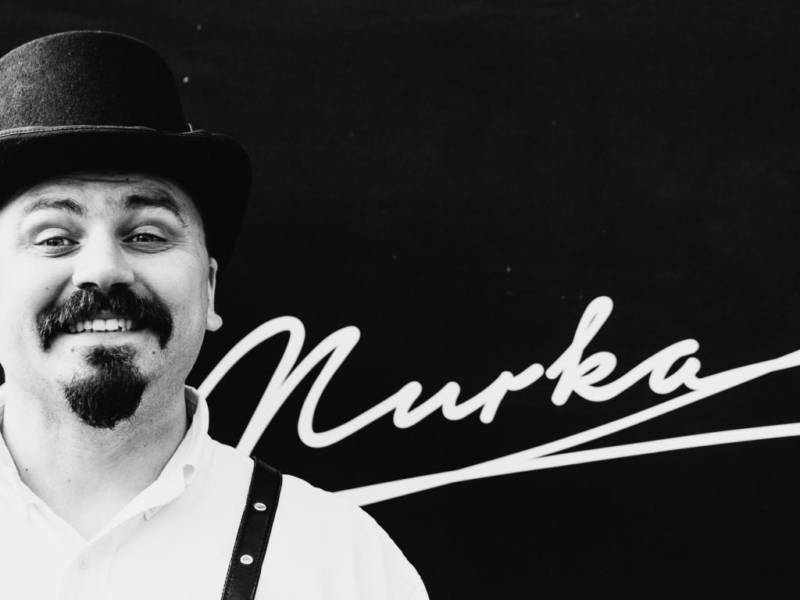 Who is Mr. Murka?