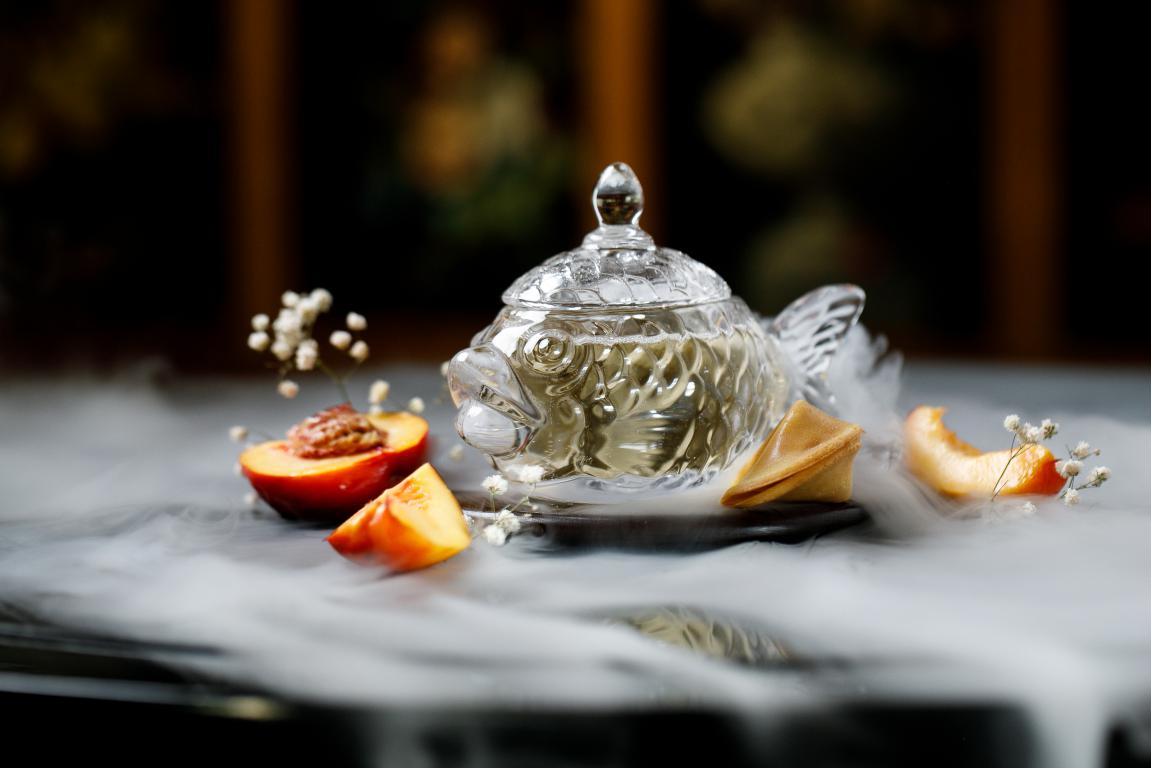 Xander Bar team headed by Taras Zavalniuk (Best Russian bartender 2019 by Barproof Awards and Best Bartender of Saint-Petersburg by Sobaka.ru Magazine) made up modern Russian tales and and mixed them in glasses. Well-known stories are told in a new way, marked as “Adults only”. New bar menu includes 9 cocktails, 4 hot seasonal beverages and 7 mocktails (alcohol free cocktails). Read our review to find out more. Let’s go! 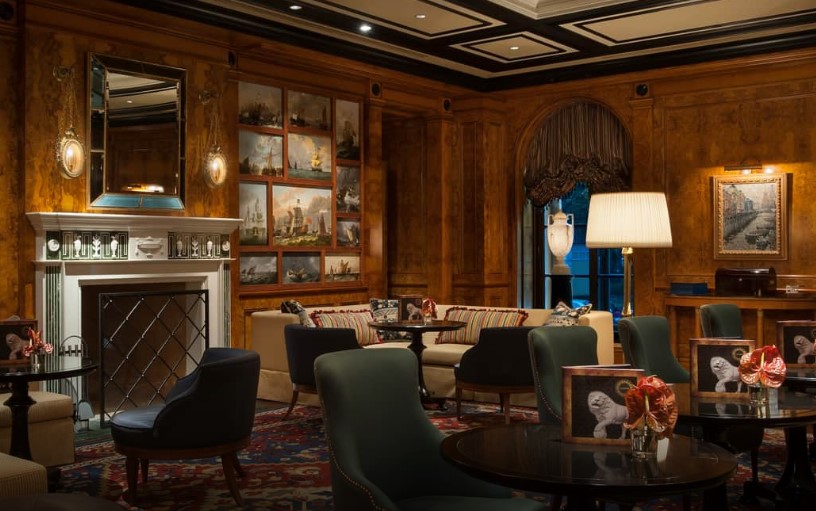 The bar situated in the heart of Saint-Petersburg is named after Russian Emperor Alexander I (1777-1825) – it looks like a luxury cabinet with a library and a fireplace. It hosts quite often important meetings of local bartender life, competitions and public talks with the most prominent bartenders of the world. In 2017 the bar team presented officially their project  – Mixology Science Club – the first professional Club in Russia for bartenders and cocktail lovers. Main goal of the club is development of cocktail culture in the city and the country. The founders have an honorable mission: to share knowledge, follow trends and invite to Saint-Petersburg world-famous mixologists.

We knew a lot about inventions and recipes from Paris, London, New-York and Hong-Kong. But three years ago there was little known about ideas by local bartenders from Moscow and Saint-Petersburg. And it was obviously important to have a certain push to develop Mixology in Russia, that’s why we founded our Mixology Science Club.

The bar is well-known in Saint-Petersburg as well as beyond its borders. It attracts locals and guests of Northern Capital of Russia revealing the mystery of Russian soul through its luxurious drinks. 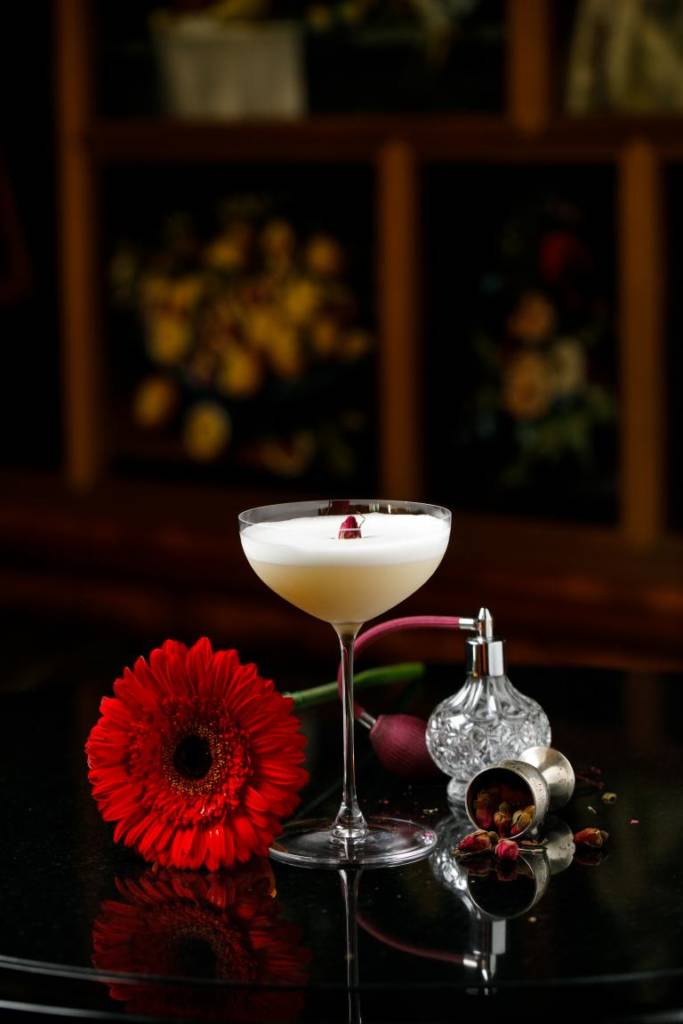 New cocktail menu is devoted to Russian national fairy tales. This tales brilliantly reflect the depth of Russian soul, national culture and even its genetic code. Guests from Russia will find in this cocktails something very close to their hearts, something that brings warm feelings and good memories and something that creates mystery in an everyday life. And foreign guests will discover Russian national culture from the very new side.

In order to create their fairytale book the Xander Bar team worked hard overthinking local ingredients: they cooked fruit jams, made herbal tinctures and even gathered pine cones in forests.

The naming ideas were taken from fairy and folk tales of old times as well as from the popular cartoons and tales of the XXth century. Truly deep and wise characters meet you there: small fairy Golden Fish, brooding Hedgehog in a Fog, insidious and scary Baba Yaga, a monster from “Scarlet Flower”, warm hearted Father Frost, professional kidnappers Geese-Swans, and the most popular dumb of the Soviet Union Dunno boy. 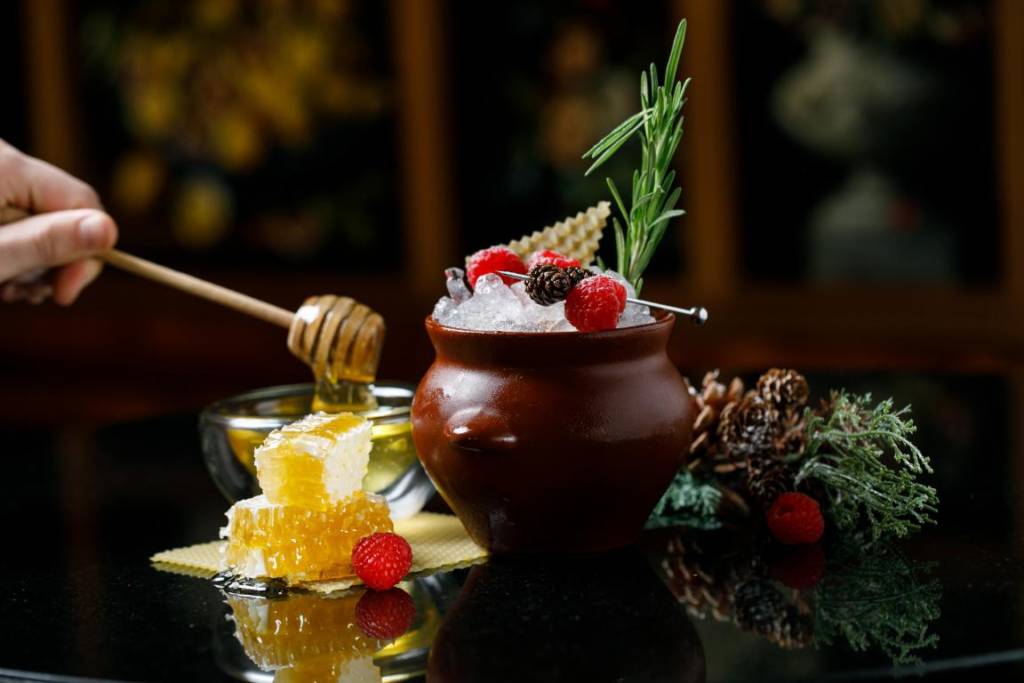 In Xander Bar Every guest can get his “Golden fish” filled with mix of tequila, bright and fresh lemongrass, tonic and peach bitter. And who knows what type of wishes can bring to life this mixture?

“The Hedgehog in the Fog” is warm and smoothly like foggy August night. The cocktail is based on whiskey, porto and home-made cherry-coffee cordial. Orange and chamomile highlight the basic taste by tender flower and spice citron. 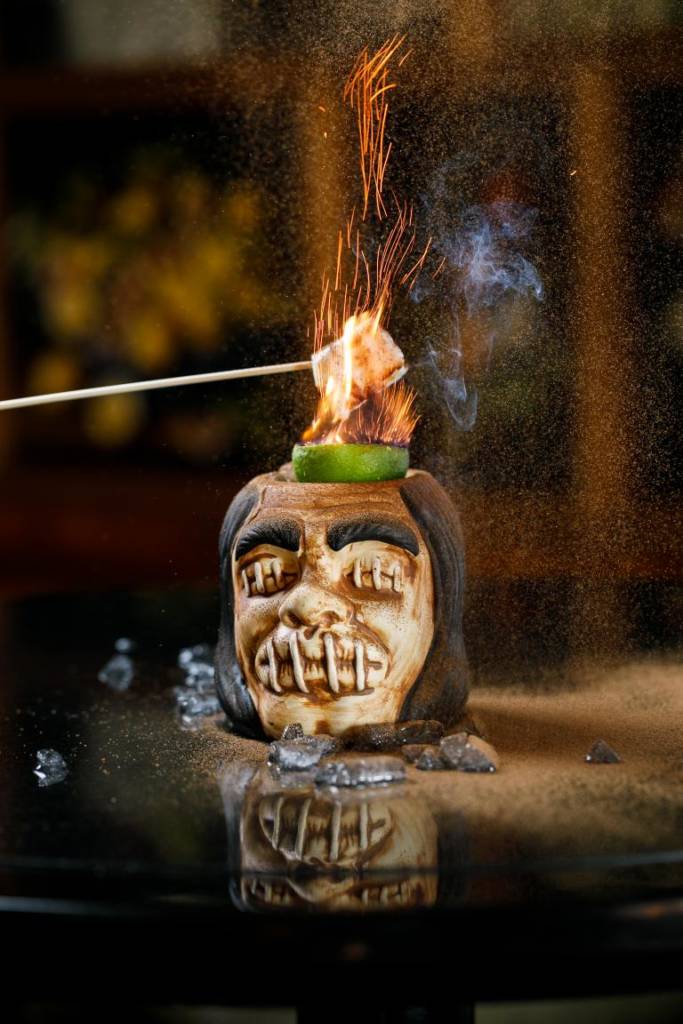 If you go on further your explorations, you might meet “Baba Yaga”. The true witch elixir. Rom, juniper polugar, red wine and spices. When served, a slice of lime on the top is put on fire. This is a part of magic ritual.

There is no garden by the bar, but you can steal one flower for your daughter or beloved. “Scarlet Flower” embodies tenderness. Spicy cardamom and yogurt liqueur with hints of whiskey and lime.

After “travelings” over the seas go back to Northern vasts. “Father Frost” will calm you down by a mix of mint liqueur and vodka, and cover you with big hat of white chocolate.

“Three piggies” is all about their story. As a food pairing to whiskey based drink, you get a slice of beckon with salty caramel, spicy chili and chocolate. 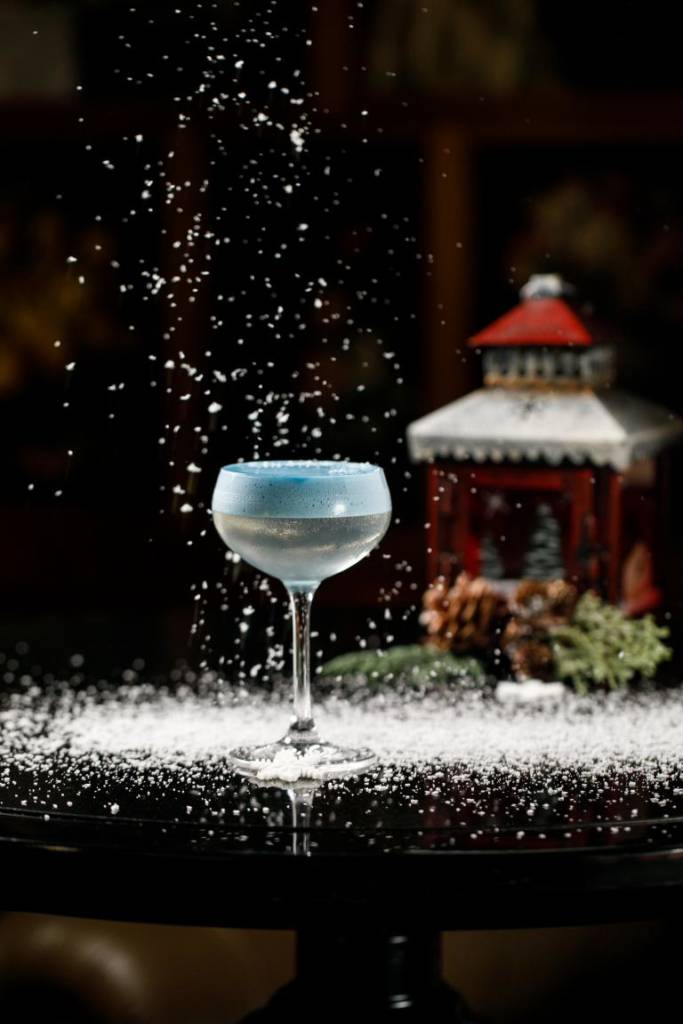 “Geese-Swans” cocktail flies over the bar just like a bird. And you do too after the combination of bread polugar with dry vermouth and apple cordial.

Not only the old folk tales were transformed by Xander team. “Dunno on the Moon” a popular Soviet tale by Nikolay Nosov has its own interpretation. Rough base of rum and Kaffir lime just as a hull of cosmic rocket, while vanilla and cotton candy bring us to the sky as a light feather. 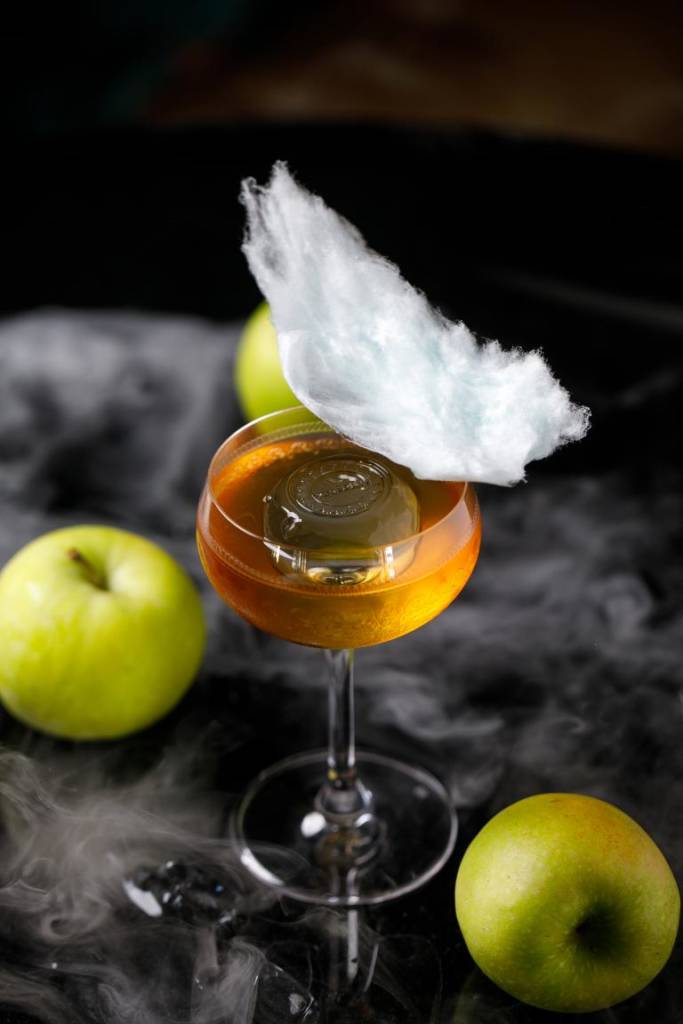 When it is warm in winter times

Soon it gets totally cold. Barmen from Xander got ready for that in advance. To make guests feel cozy and comfortable, they added to the menu some twists for popular hot drinks, like glintwein and others.

Plus there is a set from seven mocktails named after their main ingredients. For example, Exotic combines tastes of tropical fruits like passion fruit, lichee and lime. Berry is for sweet strawberry and sour cranberry. 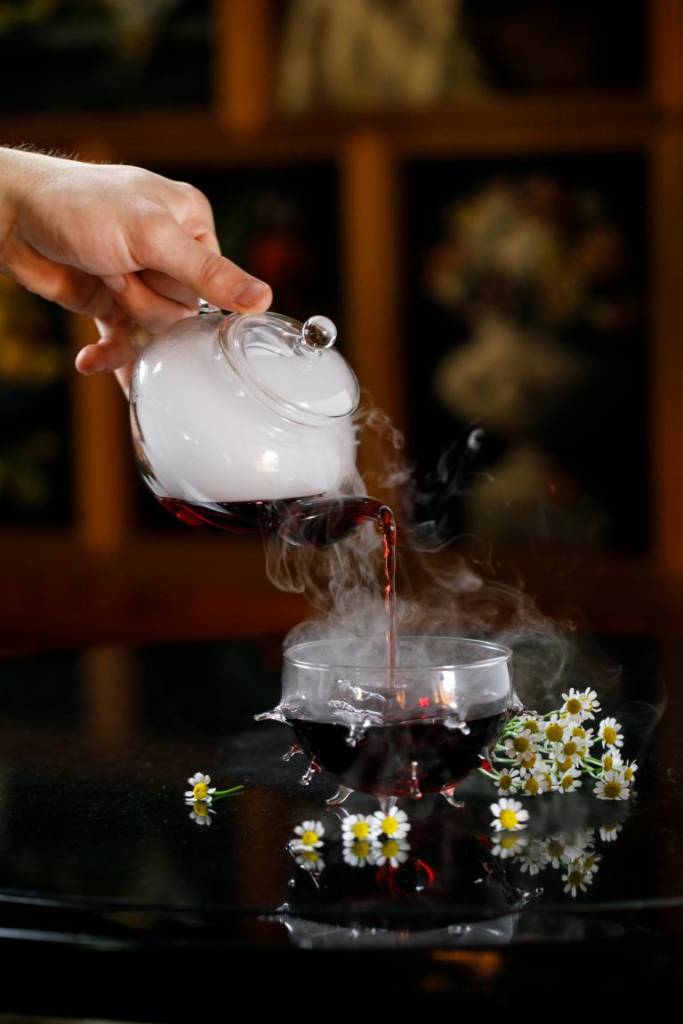 For those who prefer to take a cozy place near by fire after a long working day, there is a special Anti-tea Time by Xander Bar.

Every Friday from 17:00 to 20:00 guests are served with a set of appetizers and punсh accompanied by live music.

On Saturday and Sunday you can forget about big city live with Lazy Weekend program. Brunches for people who are not in a hurry and enjoy chatting  with their friends in a warm atmosphere. 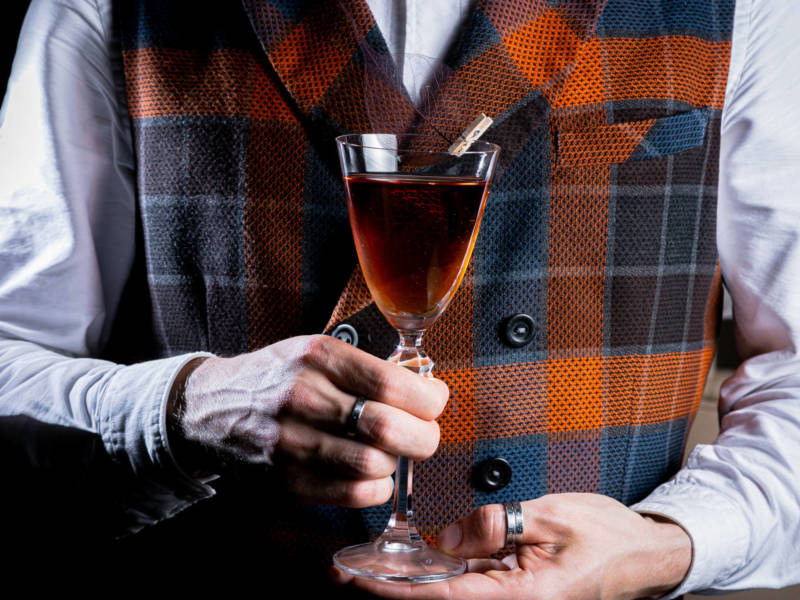