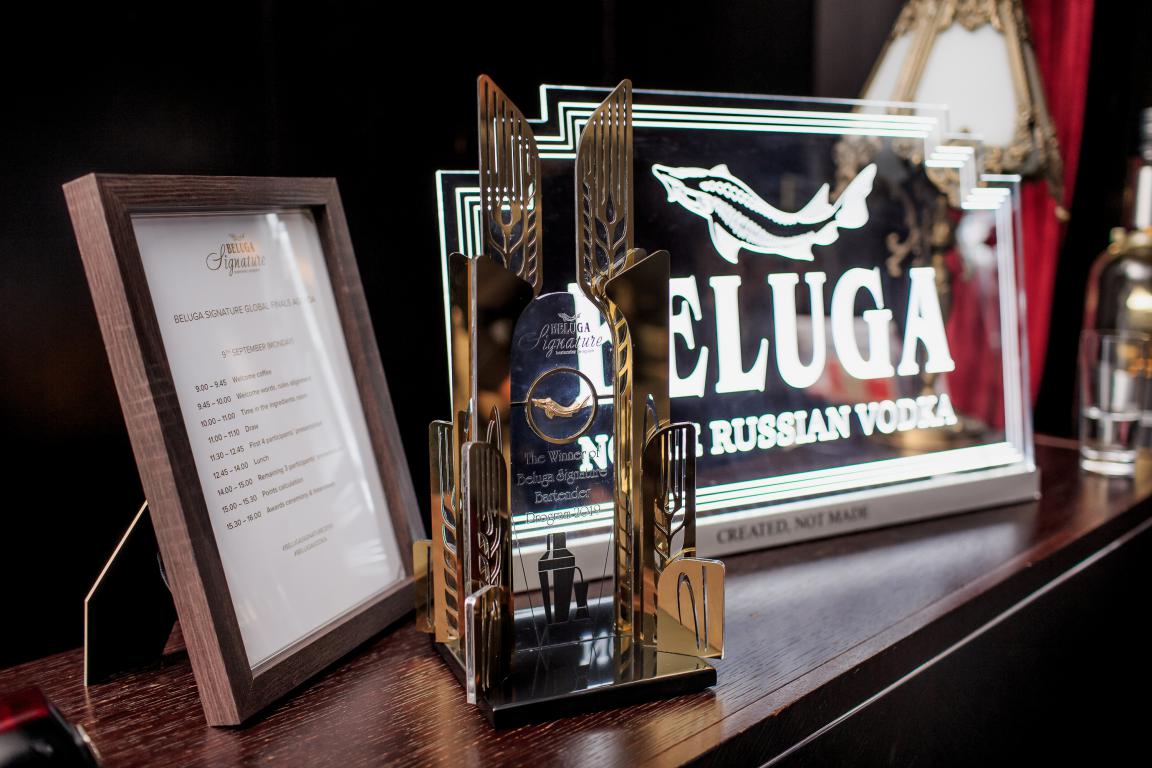 At the very heart of Moscow, capital of Russia, in a hospitable bar at Four Seasons Hotel, a real competition drama took place on the 9th of September 2019. Participants of international barman program Beluga Signature from 7 countries gathered together to fight for the name of the best barman and Global Ambassador of the project. The winner was the only girl, a representative of the United Kingdom Luchia Montanelli from The Bar at the Dorchester, London. It was her charm, calmness, reservedness, punctuality, good knowledge, and a wonderful drink that brought her to success.

I follow this contest from the very beginning with a great pleasure. And once again I would like to point out great job by the Beluga team. There is a great reason for Russia to be proud of at the international bar level. And this contest proved it once again. Every year the level and prestige of educational and adversarial program by Russian vodka brand evolves. And I’m really glad to be a part of this process and support it as a media. I know this develops the industry and it inspires me much.  Read more about the final of the Global contest by Beluga at the article below. Let’s go! 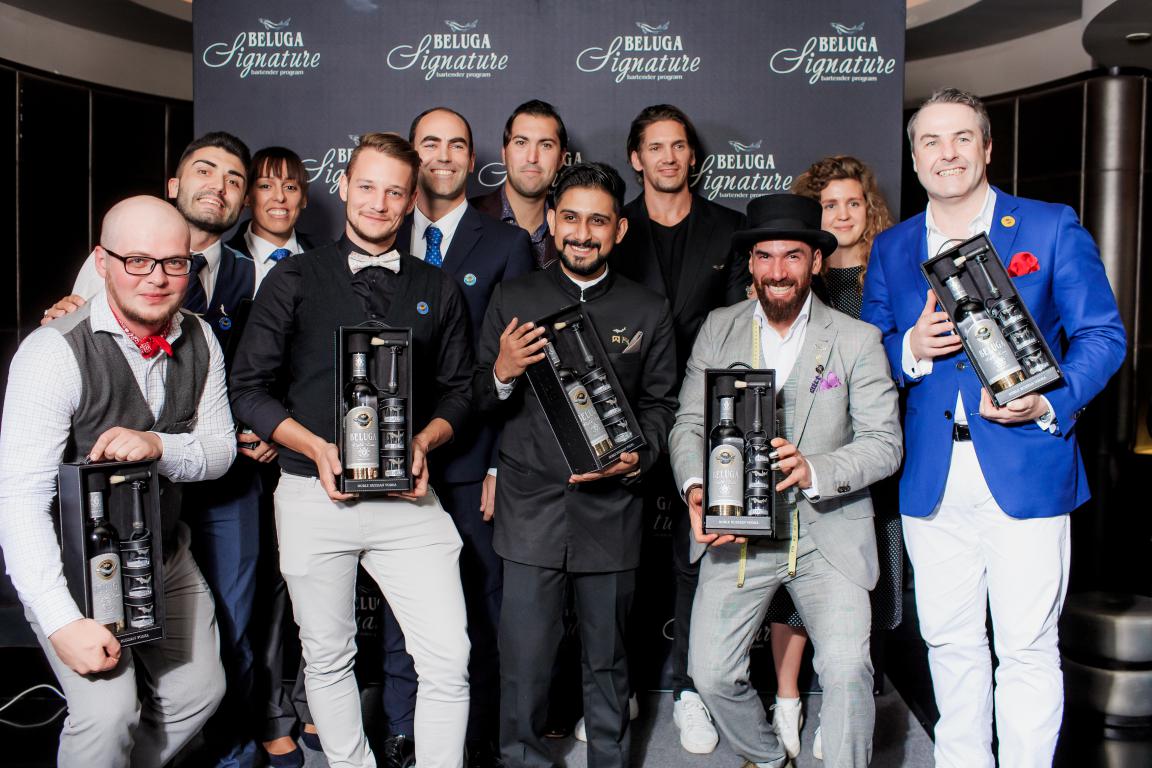 Read more about Russian participant Maxim Gladishkevitch at the article AND THE WINNER IS!.. THE FINAL OF BELUGA SIGNATURE 2019, RUSSIA

The language of the project is English. When you take part at the contest you can forget about your native language for a few days. But it is very important that every participant of the Final arrived with a support team. Friends, colleagues, media from a homeland made it easier, brought friendly and joyful atmosphere. This way Beluga welcomes the whole family giving support and inspiring, talking about Russian traditions and culture, plunging into the world of taste and quality.

Since the first year of the contest, especially the Finals, has been taking place at the venues of the highest level. This is the way to highlight the rank of the brand and its respect towards the participants. All the details are about to tell once again: Beluga is about quality, charm, creativity and prestige. 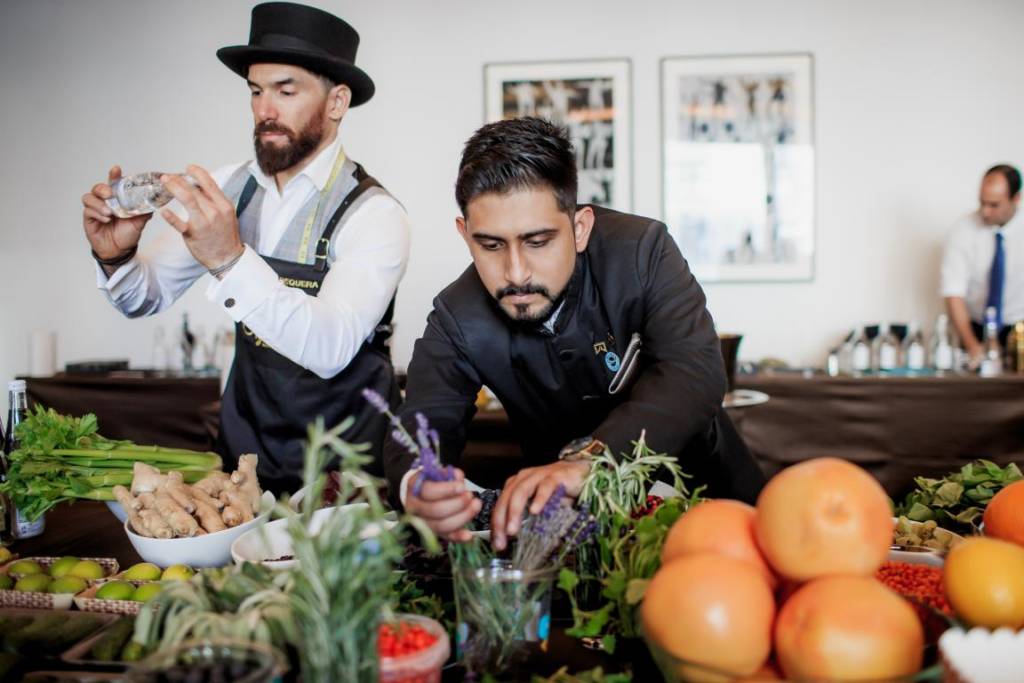 Traditionally the contest has few steps. The finalists 2019 passed the way from on-line application to the Global Final. There was a school, local competitions, and as a result the winners spent three unforgettable days in Moscow.

Time before the final is a secret part of the program. Every year it is different, but always combines education, diving into the local gastro-style, and discussion of the Contest topic with a secret judge. This year it was all about art. Bartenders got their tasks just the day before the Contest, on the 8th of September. First they visited lecture about arts and then draw straws. This was about the way the finalists should make and, what is more important, to serve their cocktails. There were three versions: Pop-Art, Surrealism and Ar-Deco. 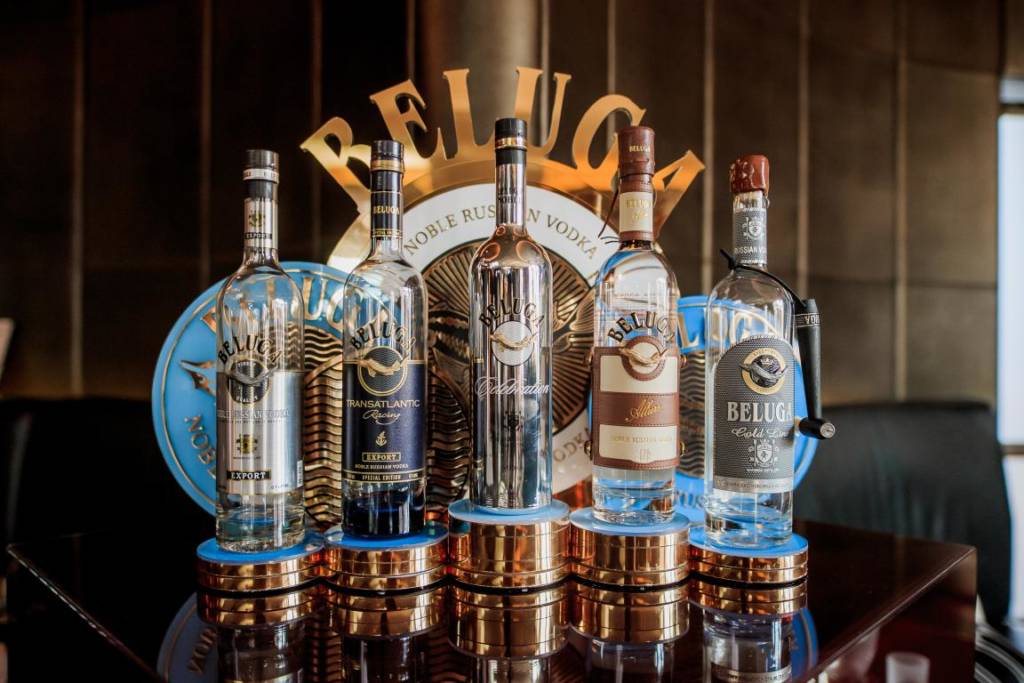 “For me it was quite unexpected and even if a bit difficult task – to read a lecture about three different directions of Arts of XX Century in 2-3 hours. First of all, these styles are not linked to each other. At least in a straight way. Second, it’s difficult to tell about these Styles in such a short time. But when I caught the idea of the project, I made a lecture giving the very core for each direction.

It was not even a lecture, but a kind of seminar with small practical tasks. We had a lot of discussions with the participants, talked about associations, about the origins of the styles, and I gave them some core rules and details which should be considered if you want to make type of a thing in Ar-Deco, Pop-Art or Surrealism style.

To my mind this was a very good experiment. Everything was great, and as a result we saw as guys, full of knowledge, transformed themselves. Some of them made a real performance, some were like Surrealists of the XXI Century, some caught the very core of Ar-Deco. Everything was at the very high-top level”, – Olga Chuvorkina, Director of educational programs at Cultural Platform Synchronizatia. 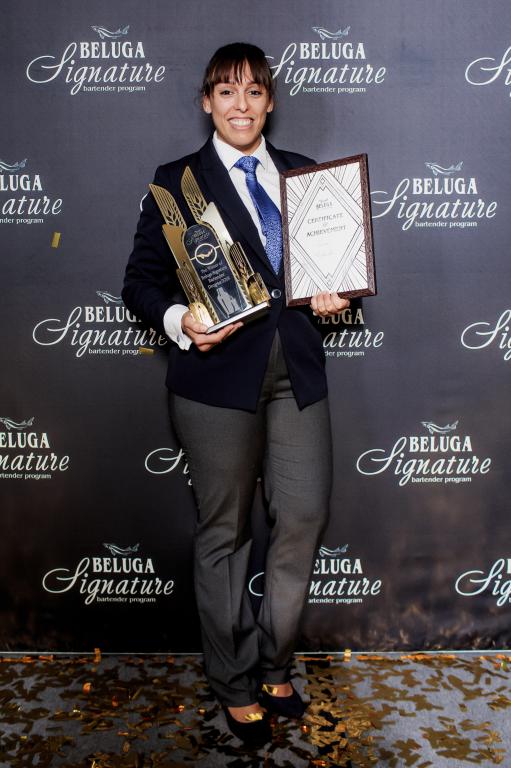 It was Lucia Montanelli from The Bar at The Dorchester, London, Great Britain, who got the title of Global Ambassador of International Beluga Signature program 2020. A cocktail that brought her a victory was “Beluga Dreamers Awake”.

While making a cocktail participants could use only two ingredients of their own. They could choose them a day before. All the rest they got from a secret challenge-room. Lucia documented clearly all the main requirements of the Contest in her presentation. She had a story, based on the facts, reflecting the idea of Surrealism as she got it drawing straws. There was creativity, linked to its origins and bartender’s work.  There was a game and interaction. All ingredients were used according to the rules of the Contest. She was open-minded, communicative, she interacted with judges just like with guests in a bar. And the cocktail represented herself as a woman, individuality and great personality. Actually this is the thing, always mentioned during preparations to competitions.

Watch Lucia’s performance, and you understand me.

Along with a new honorable state, Lucia gets a right to represent Beluga brand at all key global events in bar industry. Also she can make internship at one of the world’s top bars.

Russian bartender Maxim Gladishkevitch (Friends bar, Novosibirsk, Russia), took the second place. The third place was by French Yann Lautrédou (Tsuba Hotel, Paris, France). All performances were highly consequential, competitors were really strong, and the difference in total scores was very short. This is another approval that the Contest gained a certain level and holds it. 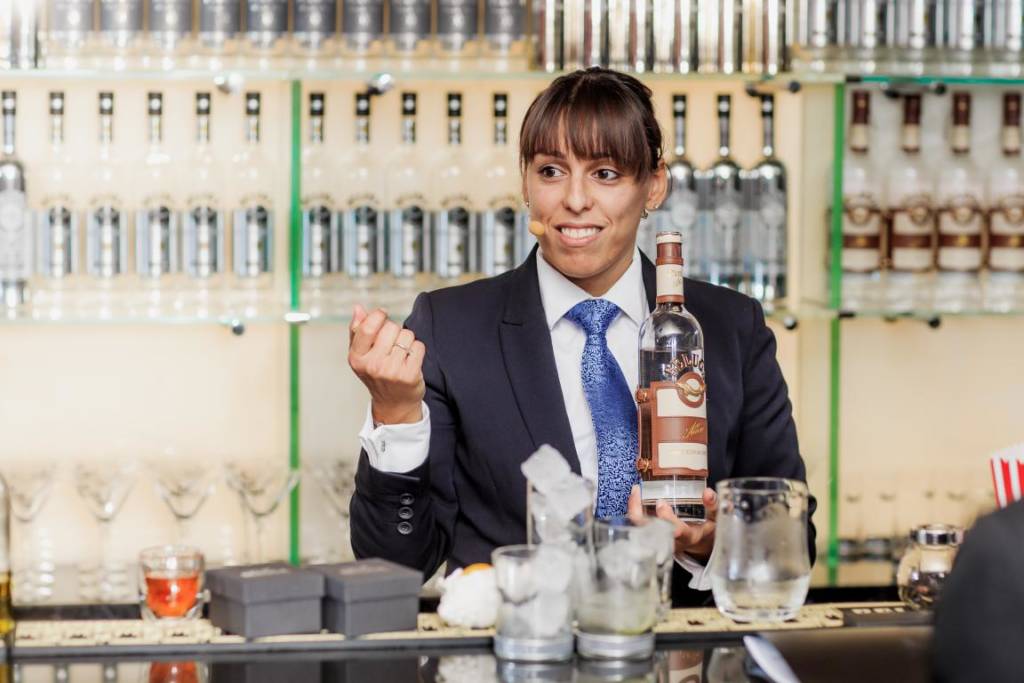 “I really enjoyed master classes and creative challenges we were lucky to participate in within the Beluga Signature program — this journey had a lot of things to take inspiration from. The best thing I love is the final task. At the same time it was the most difficult thing — we had so many requirements to follow and details to catch; the risk to overload the final work was too high. Another difficult thing I want to mention are competitors, truly the top of each country, having their own style, own culture, own creativity”, — Lucia said right after results were revealed. 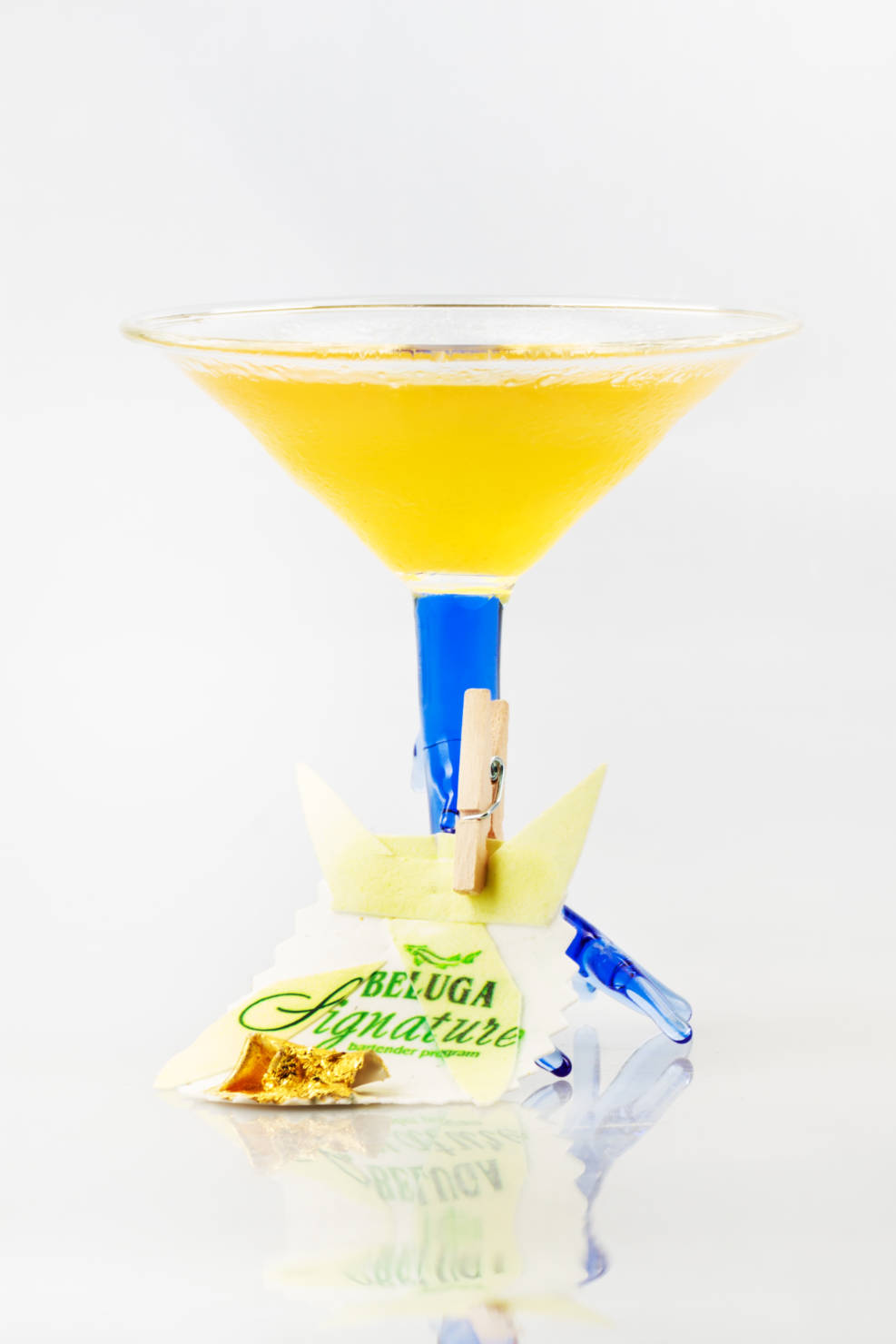 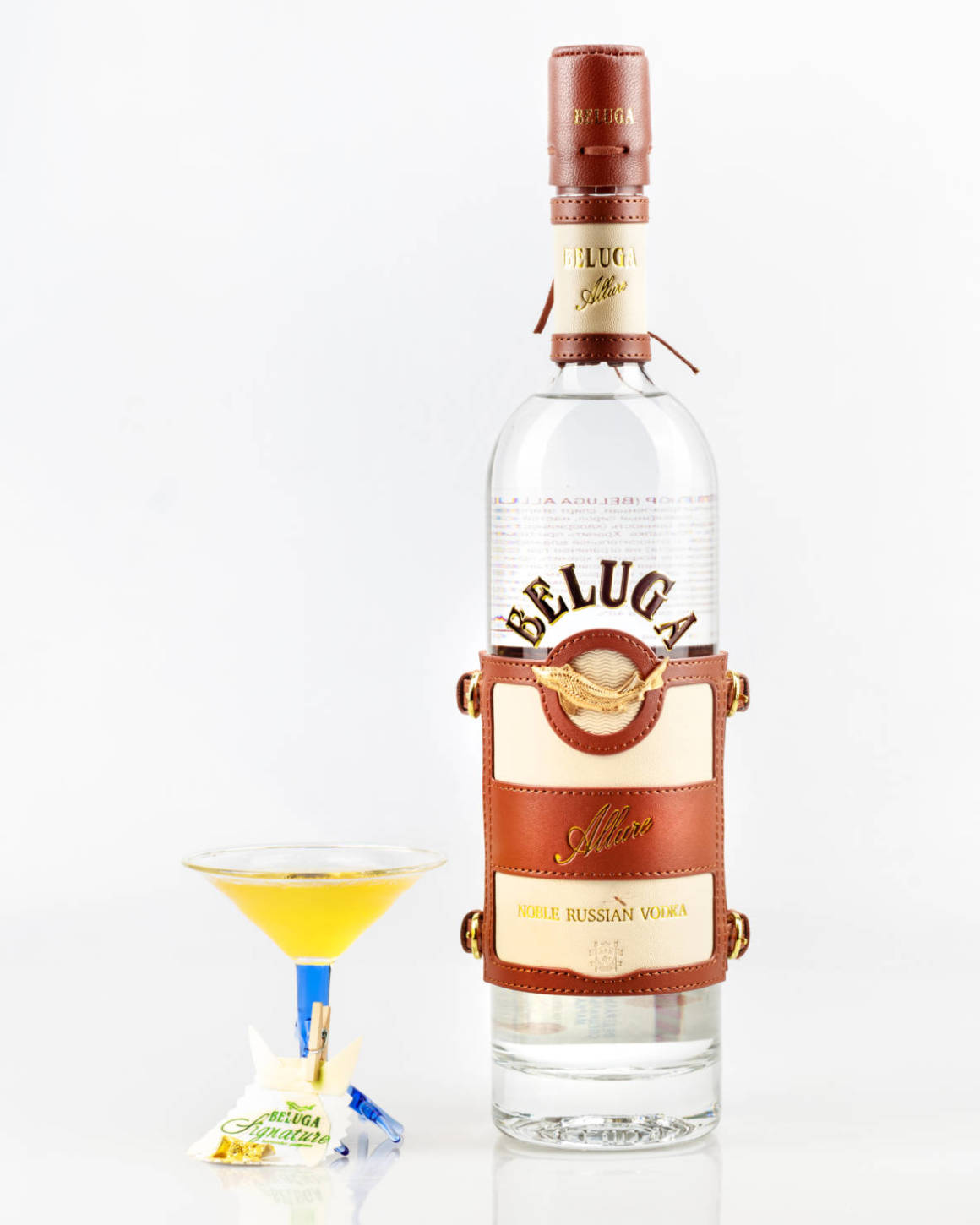 The cocktail is named after an exhibition which took place in London. More than 100 female artists participated there, presenting their works in Surrealism style. This were the artists who talked about alternative reality in their works. Bartender does the same as a cocktail plunges guests into the new world. This is a very elegant and natural link, that proves integrity of Lucia’s idea. 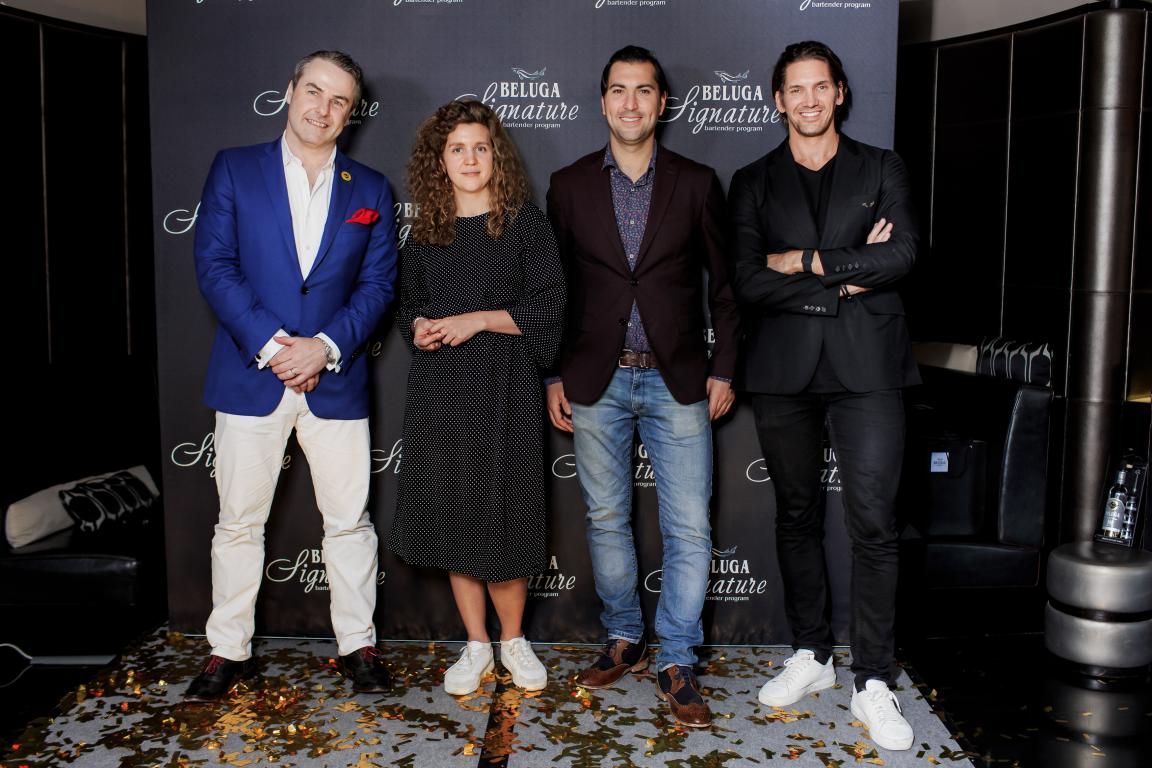 The Jury or Crème de la Crème of bartenders’ world 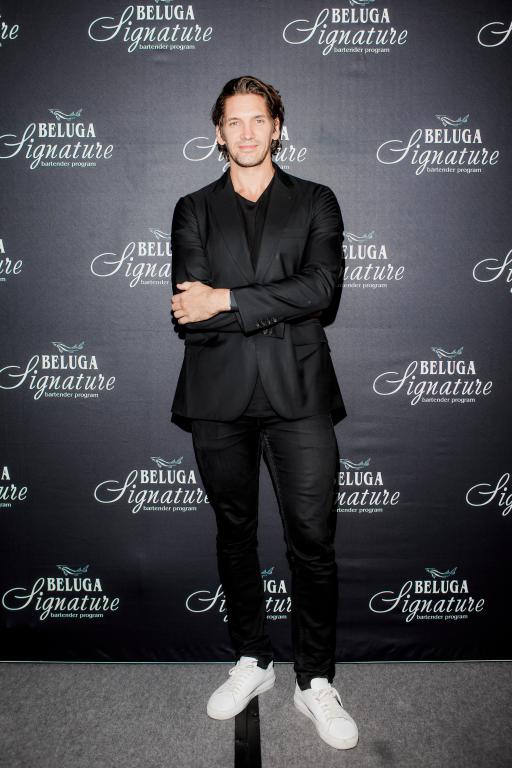 It’s always nice to meet friends at the event. For example, Nico de Soto, who shared his feelings about the Contest:

“The best thing about competition is not the competition itself, but meeting the people and learning. I loved that the final event was devoted to art. We had an art curator as a judge who teach a master class. I find it truly fascinating.” 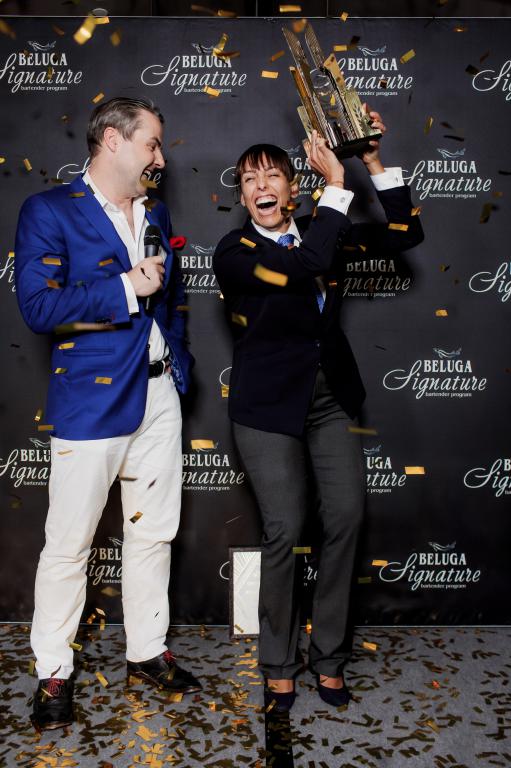 Get the party started!

“Get the party started”, – a cool way to describe a farewell with participants, my colleagues journalists from other countries, Beluga Ambassador team and new friends. Many of them we meet at Bar Convent Berlin 2019. The prominent Russian brand Beluga has a booth there. See you soon, and welcome to the family, new Beluga Signature Ambassador!

All photos are courtesy of Beluga Signature press-office 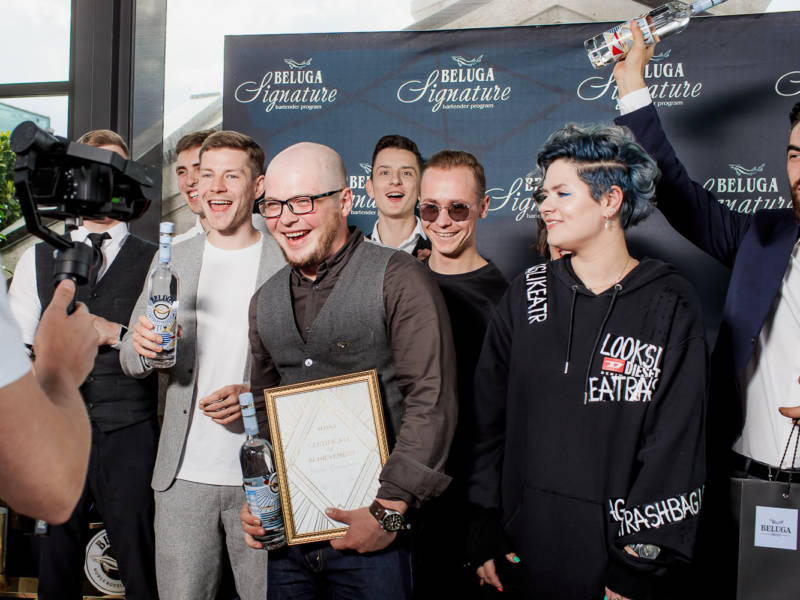 And the winner is!.. The Final of BELUGA SIGNATURE 2019, Russia